Posted on September 5, 2014 by Coconut Oil Health Benefits — No Comments ↓ 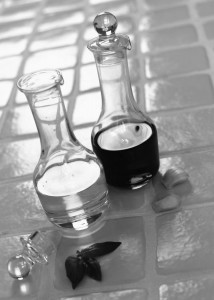 Coconut oil is a versatile oil that is used throughout the tropical world. High in saturated fats, it is also very shelf stable. It can be kept for long periods of time without spoiling. In parts of the world where coconut palms grow wild, coconut oil is easily accessible and can be extracted at home.

Unlike other saturated fats, coconut oil is suitable for vegetarian and vegan diets alike. Raw varieties of coconut oil are also available, making coconut oil an inexpensive source of healthy fats for raw food diets, too.

Coconut oil in place of butter

Solid at room temperature, coconut oil is easily used in place of butter in a wide variety of recipes. It is also easily made liquid by resting a container of coconut oil in warm water. Going back and forth from a liquid to a solid doesn’t harm the oil in any way.

Coconut oil can be used with very few modifications in a wide variety of recipes.

Try cooking with coconut oil today! Don’t know where to begin? Check out these coconut oil recipes from Whole Foods.